Angry Birds Evolution is the latest member of the Angry Birds series game of Rovio publisher. In the game, you will build an army of angry birds. You will train them and kick the insolent green pigs off the bird island.

Angry Birds Evolution is a new turn-based fighting role-playing game launched for Android mobile users. The player’s task is to create a team of powerful bird warriors. You train them and put them into battle, defeating the ugly pigs specializing in stealing eggs.

According to the developer’s recommendation, Angry Birds Evolution has over 100 brand new birds for players to collect and develop. Including birds that can use super skills and transform into unique shapes.

Besides, the game also has weekly events, PvP matches, and over 90 types of pigs stalking bird eggs. Do not hestitate anymore, let’s get into a fun battle today?

The crazy birds are back, will they be able to protect their eggs? It all depends on the player’s ability to shoot marbles and use skillful tactics. Like its predecessors, the player’s mission in Angry Birds Evolution is still kicking hungry and ugly pigs. Chase them off the land of birds – Bird Island. Build a team of brave, smart, and lovely birds. There are more than 100 completely new species of birds. You will develop, and train them to be unbeatable in colorful, crazy, dramatic, and funny 3D action RPG games.

Highlights of the game

More than 100 crazy birds are enough for you to create unlimited squads. They are bigger and uglier than before. Build your team. Combine super skills and develop a flock of birds into a mighty squad.

Receive valuable rewards by participating in weekly events. You can join alone or with your friends in the guild. Build the most powerful and wonderful clan on bird island. You will show your dominance.

Compete against many other competitors

The two teams entered the battle together, but only one team had to leave. Challenge global players in Pigball’s PVP tournament. Together with Angry Birds Evolution conquers all the great prizes.

What’s worse than pigs that steal eggs? More than 90 different types of ugly blue pigs with different shapes and nuances, such as pirates, ninjas, and a whole group of scary pigs. The survival of the birds is in your hands. Help them get rid of the hateful blue pigs out of the beautiful island.

Embark on an exciting adventure

A dark conspiracy is being discussed on bird island. Who is behind the mysterious Bacon Corp episode? What is the Eagle Force? Who lost the cave key? The answer is only available in-game.

Features in the game

The game is designed with beautiful 3D graphics. The birds are very detailed, funny, and garish colors. They create a scene that is both disturbing, funny, and humorous. Besides, the lively sound also helps the user’s game experience more fully.

Since its launch, Angry Birds Evolution has been offered free to all players. The game’s original APK file is shared a lot on the web. Moreover, many people also love the modified version of this game. Angry Birds Evolution mod apk is designed to give players a lot of coins and keys, so you can enjoy shopping for items, costumes, and much more in the game. Of course, mod apk will not support your play process, you will still have to compete and show off your ability to get good results.

To install Angry Birds Evolution mod apk on mobile devices, it is also quite simple. Please follow these steps below:

1, Download the game from the links at the bottom of the article.

2, Open the download directory and click to install. (Note: You need to accept the installation term from an unknown source). You can believe in our link because the file is completely free of malware.

3, Wait until the installation process is completed and enjoy the game.

Angry Birds Evolution, although retaining the gameplay of marbles, it still attracts customers with beautiful graphics and unique character designs. Besides, the game also has exciting annual events. Download Angry Birds Evolution for free, and try to see if you can eliminate the bad pig group. Help the birds to destroy the pigs and save the island right now! Thanks for visiting maxdroid.

Terraforming Mars MOD APK 1.4000.4.1 (Premium Unlocked)
Terraforming Mars belongs to the genre of strategy games, suitable for everyone. This game is currently being played by many gamers because of its countless outstanding features. If you want to learn more about this, do not ignore the latest analysis coming from the following Maxdroid. Introduction to the game Terraforming Mars Terraforming Mars is […]

Match Journey MOD APK 0.1.178 (No ads/Adfree)
Match Journey is an idle entertainment game. If you want to find a good, easy-to-join game, find out now. The latest analysis from Maxdroid will bring you a lot of useful information. About the game Match Journey Match Journey is known as a mind game. You want to overcome hundreds of difficult puzzles to use […]

Rad Dude MOD APK 0.820 (Free Purchase/Shopping)
Rad Dude belongs to the simulation game genre, suitable for teenagers. If you want to better understand this game, please read the article provided by Maxdroid below. Believe that with a detailed explanation, you will get the most objective, multi-dimensional view. About the game Rad Dude Rad Dude is developed by Iron Horse Games LLC. […]

Uncharted Island: Survival MOD APK 0.503 (Unlimited Money, Resources)
Uncharted Island: Survival is a survival-themed game, exclusively for mobile devices on the Android operating system. Here, you will be left on a small island with some simple pickaxes, and from this pickaxe, you will do everything to survive, from mining ore, and wood to hunting animals such as rabbits, turtles, goblins… This is definitely […] 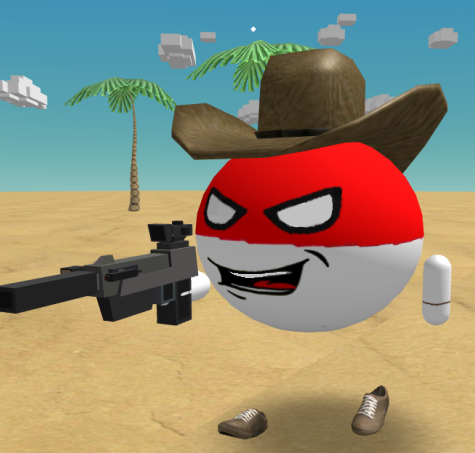 Memes Wars MOD APK 4.9.095 (Unlimited Money)
Memes Wars belongs to the action game genre that simulates the war of round balls. To learn about shooting-style gameplay, download this game now. First, you should take the time to immediately read the article from the Maxdroid right below. Introduction to the game Memes Wars Memes Wars is developed by Chalo Apps. The game has […]

Fitness Club Tycoon MOD APK 1.1000.151 (Unlimited Money/Free upgrades)
Fitness Club Tycoon is a simulation game on the theme of building and running a luxury Gym. With simple but extremely sophisticated graphics, players will be able to experience the feeling of being the Boss of the biggest gym in the city. Your mission is to own a slimming club and gym to help customers […]