Catapult King is a destruction game with a similar gameplay to Angry bird. The game has extremely sharp and realistic 3D graphics, with funny characters. You will become a control of a slingshot destroying targets, defeating strongholds, castles and even dragons which are spewing fire, with the purpose to rescue the princess.

Once upon a time, dragons always kidnapped the princesses, and this time was no exception. Now, everything is rushing into you in rescuing the princess, using both ammunition storage and power-up items.

Crush the arrogant, ferocious cavalry: The arrogant cavalry are helping the dragon to arrest the princess. Teach them an lesson in 96 interesting but challenging levels.

In this 3D graphics game, players have task to rescue the princess kidnapped by a vicious dragon and its ferocious cavalry. However, in order to accomplish this, you will have to blow up all the surrounding protective structures, making the dragon’s defenses and its army become useless. As this game has clearly suggested, the weapon selection in Catapult King will of course be a slingshot. The player controls the gun’s level and direction, pulls it back to control the fire. Fortunately, this game still has a lot of differences compared to the 3D version of Angry Birds. But there are buildings with enemies inside that need to destroy, and the slingshot to shoot the bullets in the direction of choice.

Very similar to other destruction games, Catapult King for Android has many types of bullets for you to shoot at the enemy. These shots are not only given to the player, but you also have to earn them. In each level, based on your score, you will receive magic points. This score can then be used to purchase upgrade items for the “cannon”. These magical upgrades include aiming assist for a more accurate shot, earthquakes that cause the blast to explode, and a devastating shot that creates meteorite rain in the sky. Using these powerful shots will bring a lot of fun, and therefore players will have to use it economically or buy more if used too much.

There are 64 different interesting levels awaiting players in turn to experience. Join the game and become the winner of this dramatic game. Complete the levels to learn enough magic, then can use the gun accurately, with more terrible power. Try to fight and win at all levels.

Items that increase the power

Complete the levels to earn magic, then use them to improve the slingshot. You can make your slingshot more accurate when firing, use Earth Shock to blow away all the bad guys, or use Lunar Strike with tremendous destructive power.

The image in Catapult King is well taken care of, and some parts of the game are really great. The princess and knight character models are a bit bizarre, but they are wonderfully animated. Even when the player tries to remove the enemy cavalry from the works, they also perform a number of teasing games. Catapult King does a great job in bringing the popular genre of physical intelligence to 3D.

Most players will know the original Catapult King APK with the experience the developer brings. But Catapult King Mod Apk is a great thing you should try, with the following remarkable advantages. Unlimited Gems: Usually, you will have to overcome a lot of levels to get more money. Instead, in Catapult King Mod Apk, you will be given a lot of money, so you can spend as much as you like. With this version, you can buy everything in the shop, as well as use every feature in the game. Join Catapult King to rescue the kidnapped princess.

Catapult King will be one of the best games that you have ever played, well worth for you to experience with so many different features. Catapult King possesses sharp and eye-catching graphics, along with realistic but no less funny sound effects, will definitely bring players a great experience. If you want to experience the game, just download the apk file we provided, and then install as usual. Done! You will have extremely happy and memorable moments when playing this game!

Immortal Taoists – Idle Game of Immortal Cultivation 1.4.8 (MOD Unlimited Money)
This is an idle game that offers fun gameplay with lots of automation features, while others are simply click or touch games. In the game, most of the action is automatic, and the player only needs to register every few hours. This is a game designed for busy gamers who cannot spend hours playing. Choose […] 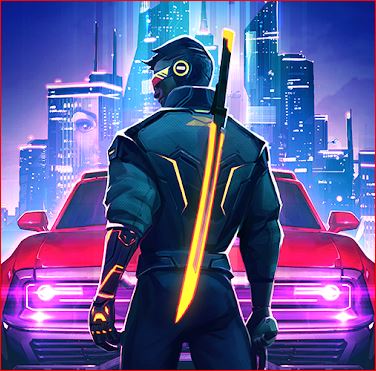