Crab War is an Adventure game from the publisher Appxplore. Appxplore is an application firm from Malaysia, which has just released a fighting game called Crab War. The game has simple but extremely interesting gameplay. In Crab War, you will summon the crab army to destroy huge monsters. They are reptiles that have invaded the territory of crabs. Let’s step into the ocean world to join this exciting and dramatic playground.

Years ago, crab’s territory was repelled by giant reptiles. The crabs are buried in the darkest places of the ocean. After a few centuries since the crab was driven out, the crabs have absorbed the crystal beneath the ocean. They evolved and were significantly strengthened compared to before. Now the crab is ready to take revenge for its species. Join Crab War, your mission is to develop a mighty army of crabs, evolve them, and defeat enemies to gain territory that has been invaded.

Crab War is a clicker game, so it offers a very simple control system. You just need to touch the screen repeatedly to summon each crab unit to attack the enemy. Your enemies are reptiles that are invading your territory, they are very huge. The game brings a lot of reptiles, with different shapes and colors for you to explore. They will get stronger after each battle. You will have to attack the enemy until its health bar drops to 0. When defeating the enemy, you will receive gold. This gold will be used to evolve each crab species to increase its strength and attack ability.

The game brings 3 different types of crabs. The Quartz Crabs is agile and attacks in a team. The Emerald crab is unlocked when you come on 30m and specializes in critical attacks. The Red Pomegranate Crab is unlocked when you are at 50m. Although this type of crab moves slowly, its attack power is tremendous. All of them are capable of spawning other crabs randomly, whenever you tap the screen. Amethyst crab, is a high-speed crab and an attacking crab in the herd. Like reptiles, after each level, your crabs will be a little stronger. Each crab will have some different evolution, so after rebirth, try all of them. You will discover all the evolutionary versions, as well as the new power that the evolutionary crabs bring.

The leader of the crab herds is the king crabs. When the crabs evolve to the last level, you will get the king crab. They will automatically spawn and deal with enemies continuously when you are not controlling the game. The game brings over 30 king crabs for players to explore. This includes 10 Amethyst crabs, 10 Emerald Crabs, and 10 Garnet crabs. Players also need to unlock the skills of the king crab to strengthen their crab herd. Each king will have 8 skills unlocked when passing levels 5, 10, 25, 50, 100, 200, 400, and 800 respectively. After reaching level 200, the king crab can have a huge evolutionary step.

Besides exploring species of crabs, you can use DNA to study up to 36 unique mutations. These mutations make crabs become extremely powerful, and possess special abilities. There are 12 DNA in the game, each DNA set will include 3 mutations. Try to collect as many DNA sets for strong crab variants. They will help you a lot in fighting a giant and evil reptiles.

There are many skills that you can accumulate to fight. Like a Giant Crab, gain 150% more Crab damage when you reach level 75. Or an army digging crabs illusion will summon 10 crabs in 1 second when you reach level 150. And at level 225 of the game, you will unlock smoke mode in the attack. Besides, there is the Angry Leader mode or the Twin Crab, all unlocked when your levels are 300 and 375, respectively. At that time, your army of troops was invincible, right?

Crab War takes you to a world of colorful crabs and reptiles. All are simulated by the game’s excellent 2D graphics. The images are abstract, along with beautiful effects and extremely smooth effects. The game is designed gently, suitable for many types of phones. Besides, the sound system is lively and fun. It keeps you entertained after hours of hard work, and it also relieves stress effectively.

The battle for crabs to regain territory has begun, are you ready? If you want to play a fun game, this is the most suitable game. With extremely funny graphics and many other interesting things built into the game, you will love it. You can download and install the game via the file download link at the bottom of the article. Hurry up and join the battle of crabs and reptiles today. Visit our Maxdroid regularly to discover more cool games and download mobile games and apps for android now!  Thanks, have a nice day.! Have a fun game.

WolfQuest MOD APK 2.7.4p4 (Unlimited Money)
For all those who now find arcade or RPG mobile games too boring and “stifling”, WolfQuest is a simulation game made for exploring unspoiled nature. The game’s context is about responding to the animal’s need to preserve the species. The winner is the one who makes the offspring and forms their pack. Your main task […]

Human Evolution Clicker  MOD APK 1.9.9 (Unlimited Money)
Let’s step into the world of creatures found in nature, and explore their lives to see what’s interesting right in Human Evolution Clicker. The evolution of animals, plants, flowers, animals, etc… will give you a sense of curiosity and desire to discover mysterious things. Even human evolution is included in this game. Let’s check out […] 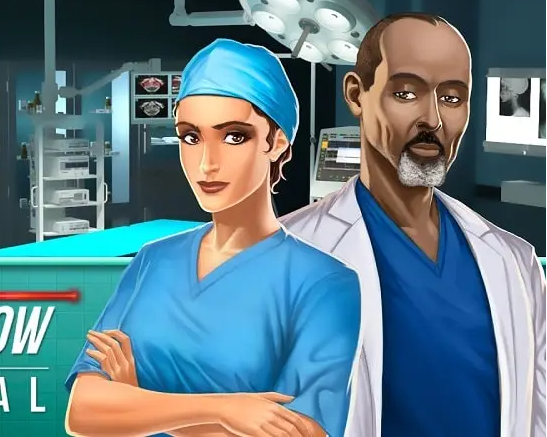