You love cats but also love tower defense strategy games. No problem, The Battle Cats is the game that integrates both of these things for you. Let’s learn about this “popular” game on the phone with the Maxdroid through the article below!

About The Battle Cats

It is no exaggeration to say that The Battle Cats is the right game for cat lovers. Moreover, the plot of the game is also relatively attractive. The Battle Cats is set in a world in a serious crisis, especially when cats have taken advantage of the opportunity to take over the rulership of the Blue planet.

The cats in our story take over the entire nuclear power plant in the World, in order to power the time machine. However, they also face obstacles from the alliance of other animals.

Suitable for all ages

It can be said that The Battle Cats is a real indie game genre suitable for all ages because the gameplay mechanics are extremely simple. You just need to touch the cats on the screen and move them. Normally, games of the same strategy genre require extremely sharp computational thinking. However, with The Battle Cats, perhaps the tension will be temporarily ignored by the extremely cute cartoon style. This is also what makes this game suitable for all types of audiences and ages.

The Battle Cats is a “tower defense” casual game. In the game, you will have to protect the “bases” on the map with an army of cats. Notably, the cats in the game have a relatively eccentric shape. However, this is also a way for you to distinguish because each cat has different special powers. Moreover, you need to have a reasonable strategy, when your opponent will be animals much stronger than cats such as dogs, hippos, snakes…

Each defense can be considered a “campaign”. And after each successful defense, which means destroying all enemy troops, you will receive a certain amount of money. With this amount of money, you have the option to “buy” more of your troops, or in other words, recruit more cats by clicking on the cat you want. After being “recruited”, your cat will fight until you destroy all enemies, or die heroically on the battlefield.

To win a strategy game like this, you need to consider the opponent of each campaign carefully, thereby making a reasonable countermeasure. If the enemy army is too “large and aggressive” and your money is not enough to upgrade your army, you can choose special weapons as a last resort. Special weapons can deal a large amount of damage to wipe out all enemies on the map.

Compared to other tower defense strategy games, one of the highlights of The Battle Cats is a large number of characters. In the game, you can freely choose your “soldier”, when there are up to 300 cats with different shapes and strengths. However, in each match, you can only choose a maximum of 10 cats. Even so, you should not worry too much, because cats can level up to a maximum of level 10. When reaching the highest level, your cat will have incredible strength much more than the first level when purchased.

In addition, the current online games on mobile phones tend to target the interaction between users. This will help the game become less boring because you can have “fun” with friends and relatives. Even so, The Battle Cats is still in the development of a PvP mode. Surely in the future, there will be confrontations between players to contribute to the excitement of the game.

In addition, treasure is also one of the extremely important items in the game. Because the more treasures you collect, the more powerful items you will be able to get, along with the solid capabilities of the base

Perhaps one of the biggest plus points of The Battle Cats is the game’s graphics. True to the nature of an Indie game for phones, The Battle Cat has a very simple design, with very cute and attractive basic drawings. In addition, the colors in the game are extremely bright, and the game characters and animals are multi-faceted. This makes the game combative but not gloomy.

With attractive gameplay, along with simple but equally eye-catching graphics, The Battle Cats is one of the leading entertainment games today for Smartphones. The game is considered suitable for all ages.

Currently, The Battle Cats has a MOD APK version. When you download this version, you can get a lot of XP and Cat Food. However, it should be noted that this amount of XP and Cat Food will not be restored to the original once you have used it up.

Through the above information, surely The Battle Cats is an extremely attractive game, right? If you love this game, you can download it to your phone HERE. Hope that you will have relaxing moments with The Battle Cats.

Human Evolution Clicker  MOD APK 1.9.9 (Unlimited Money)
Let’s step into the world of creatures found in nature, and explore their lives to see what’s interesting right in Human Evolution Clicker. The evolution of animals, plants, flowers, animals, etc… will give you a sense of curiosity and desire to discover mysterious things. Even human evolution is included in this game. Let’s check out […] 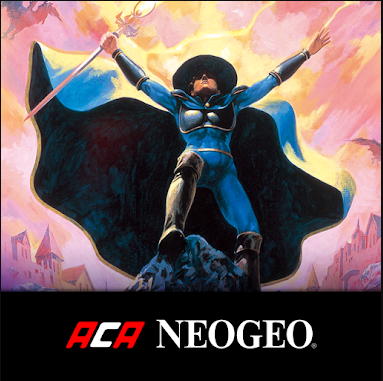 Gangpire: Fire & Fury MOD APK 1.7.0 (Damage/Defense Multiplier)
If you live in a crime city, you and other citizens are oppressed by criminals, what will you do? You will surely muster your strength to defeat this criminal gang, right? In Gangpire: Fire and Fury, you will engage in an intense battle with the most notorious criminals. Let’s Maxdroid explore this game through our […]